An Evangelical Biography of Evil and Redemption in Rural South Sudan

An Evangelical Biography of Evil and Redemption in Rural South Sudan

During fieldwork in South Sudan, LSE researcher Ryan O’Byrne met an evangelical pastor who recounted a personal story of travelling ‘under the water’ to ‘the land of demons’. While the pastor’s story recalled religious narratives circulating across Africa since colonial times, the process of making sense of such an autobiography raises questions about the imposition of academic and cultural standpoints.

On the day in question, my neighbour ‘John’ (all names are pseudonyms) and I left early in the morning, riding John’s dilapidated Chinese motorcycle the approximately 40 kilometres to Saul’s home in nearby Magwi, South Sudan. We arrived at his compound, a collection of mud huts rather ambiguously demarcated by the surrounding fruit trees, to find Saul waiting for us. Joining him were two paternal uncles, a scattering of children desperate to see the munu (white man), and old Reverend Yofes, an ancient-looking pastor in one of the local evangelical churches. After the obligatory greetings, small talk and food, we settled down to the matter at hand.

‘Brother John tells me you want to know about underwater, about demons?’ Saul began in English. ‘If this is true, I can tell you. I know these things, I have been there. Let us begin’.

While John did his best to help translate as Saul moved backwards and forwards between Acholi, Arabic and English, the story which followed remains the most unlikely biographical account I have ever heard.

An autobiography of evil and redemption

My recently published paper in the Journal of Religion in Africa recounts Saul’s autobiography. Saul, an evangelical pastor, is from the Acholi-speaking area of South Sudan where I undertook fieldwork during 2013 and 2014, and a man who says he has physically travelled ‘under the water’ to ‘the land of demons’.

Saul actively publicises this fact. Indeed, much of the power of his evangelical work is that he is known to have once been ‘a demon worshipper’ (his words), someone who has travelled under the water to speak with those who live in the demonic cities of below. Like many evangelical Christians anywhere in the world, Saul knows that such movements are not only real but common, linking the evil in the world with the evil lurking below it. And, in his instance, he is definitive his life proves this.

‘During the last war’ (the Second Sudanese War, 1983-2005), Saul began, ‘I was a fish seller in Uganda. I had a friend and together we would catch fish to sell. My friend came to me one day … saying we did not have enough money, that we needed more but he knew how to get it. But to get it we had to go on a boat … We went out on the water but when we got to the middle, suddenly a very heavy wind started blowing.’

‘When the wind came’, Saul said, ‘we found we were not in a boat but in a matatu (a minivan taxi). The driver was just a like a normal person but with the head of a snake. The taxi was full of people but no-one was talking, everyone was silent. And the water had come up over the taxi. We were not on top of the water but under it and the taxi was driving through it like on a road … It was not a real boat. It was a demon, a snake. When you enter, the taxi goes underwater.’

‘Under the water … there are demon cities … and the environment is just like above. There are buildings, plants, people. But it is silent … And some demons looking like people came to meet us and take us to the Demon King … First, however, they needed 60 cattle.’

At this point, old pastor Yofes, who had been listening, quietly entered the discussion:

‘If you want money, you need to give a cow. But a cow is a human being! So they take your family so you can get rich or powerful. Especially if a hard worker! Because they take the life out of you but you are not dead, just your spirit taken. Like dead but being alive. They get dead people to work for them. Digging, planting, fishing.’

‘The community are fearful of them. They bring the sickness, death, unlawful behaviour. And the bodies under the water multiply. Today there is one, two. Then tomorrow ten! And the war that has started now in Juba [the capital city of South Sudan], that is because politicians go to The King Underwater, because they want the money, the power.’

More than occult interpretations of the economic

As the economic elements of these demonic, vampiric or zombie-like paradigms feature as important parts in understanding Saul’s story, my paper discusses the connections between the occult and the economic, demonstrating their importance within local understandings of colonialism, globalisation and modernisation.

This is only part of the significance of Saul’s autobiography, however, and I argue that there is actually much more to be understood – the most obvious being those same demonic or spiritual elements that make such narratives stand out as ‘interesting’ in the first place. Indeed, Saul’s autobiography was as much about the spiritual as the material: to Saul, at least, it was precisely the religious dimensions of his experiences that were the most important.

Moreover, although Saul’s autobiography is similar to several narratives that have circulated across Africa since colonial times – similar to stories of zombie-like workers, the dangers of unknown technologies, or demonically-enabled wealth and power – what is significant about Saul’s telling is not the content but rather that it recounts his own experience.

This is important, as most stories involving the supernatural relate to the activities of others.

As the cultural anthropologist Sverker Finnström argues, ‘people’s stories, based on their journeys in life, [are] not necessarily linear or with any clear direction. Lives are often messed up; so are their chronicles’. The same can be said of Saul’s autobiography, a complex web that took a lot of time and effort to disentangle.

Of everything I have encountered ‘in the field’, the content and narration of Saul’s autobiography remains the most personally challenging, one which continues to demonstrate and define my epistemological and methodological limits. Indeed, it took much critical self-reflection to come to terms with the fact that, in the process of allegedly ‘comprehending’ Saul’s account, I had actually done significant violence to Saul, his autobiography and his realities.

In fact, it was not until I read Finnström’s 2015 War Stories and Troubled Peace that the colonial and colonising implications of this became apparent. As Finnström notes, ‘when the agency of the storyteller … is restricted to a dominant and linear discourse, alternative and more complex experiences and sociopolitical realities are obscured’.

The final article is, in one sense, an unfinished grappling with the baffling complexity of not only Saul’s biography, but also of my personal, cultural and academic drive to ‘make sense’ of it, of my (and our) need to simplify it, to put into a sensible, linear framework occupying a single unifying timeline. To instil our realities upon somebody else’s life. It is an attempt to be open to the diverse complexity of religious experience, and to advocate a way in which scholarship can not only do this further, but no doubt do it better.

An epistemology that avoids exoticisation

Wary that my presentation of Saul might be seen as exoticising or trivialising the world and worldview of an African man – and, by inference, Africans or Africa in general – I note that my most common discussions about demonic power were actually with American evangelical missionaries. In this way, Saul’s biography builds on a wide range of ‘transnational genres’ that circulated across Africa since colonial times, including that of Christianity itself – probably the most transnational genre of all.

His story also raises epistemological and methodological issues: how are we to make sense of such narratives? How can we comprehend the experience of people who move not only between time and place but different dimensions of thought and existence? How can we conceptualise global flows of wealth and power without understanding linked flows of good and evil and the colonising effects of money, morality and power?

These questions are further explored in my paper.

Note: This piece was originally published on the Africa at LSE’s Blog.

Dr Ryan O’Byrne researches the migration experiences of South Sudanese in Uganda. He holds a PhD in Social Anthropology from University College London based on ethnographic fieldwork in South Sudan. He is a lead researcher on the project Deconstructing Notions of Resilience at the LSE Firoz Lalji Centre for Africa. 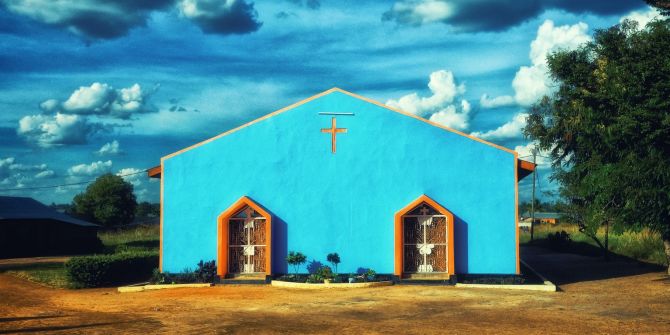 ‘We treat, God heals’: COVID—19, religious institutions and the accommodation of science in Africa 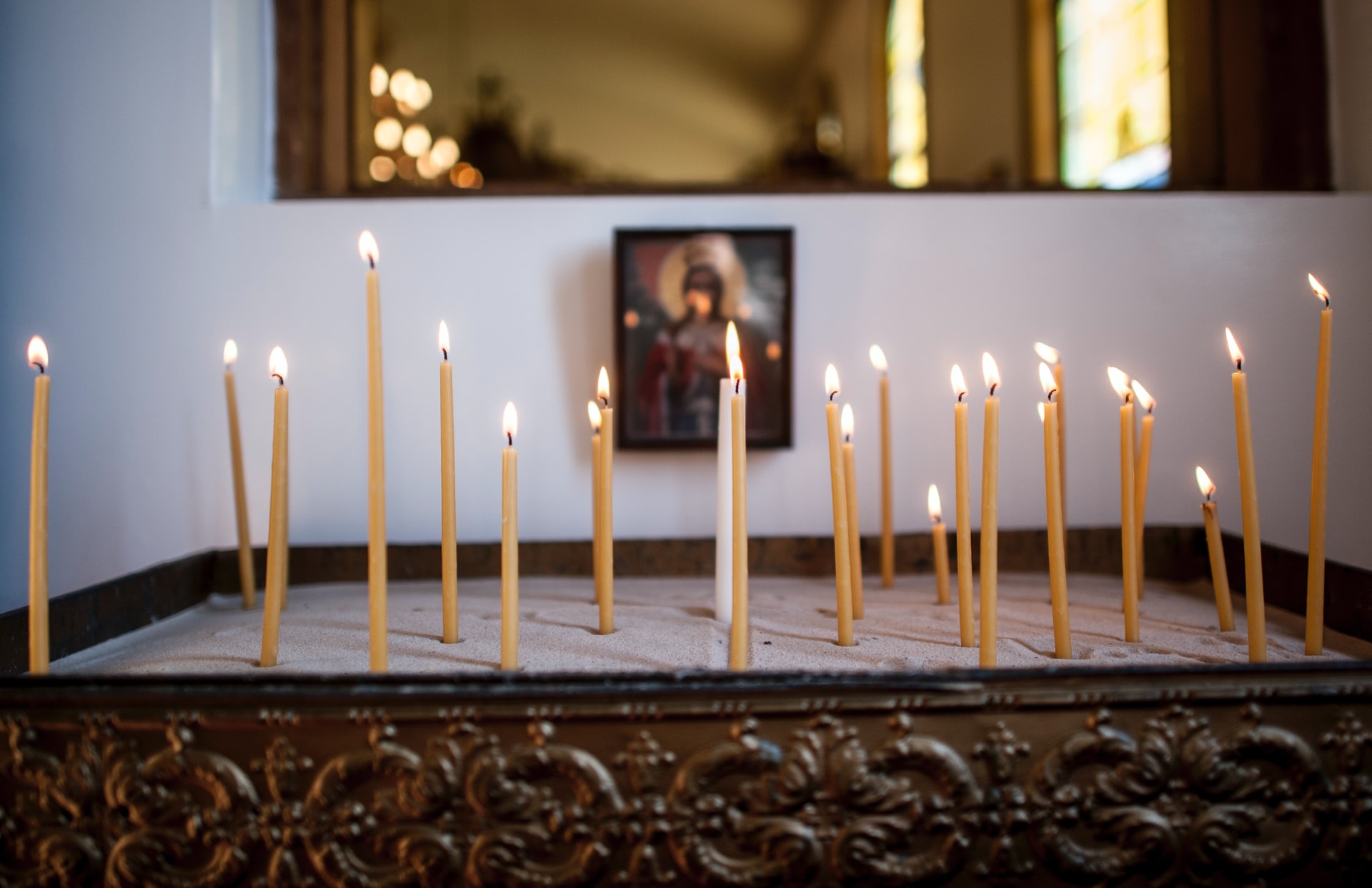 Between the Kingdom of God and the Spirit of the World: Christian Churches in Front of Old and New Challenges

African-initiated Pentecostal churches are on the rise in the UK – what role do they seek to play in wider society?