With the Summer Term ending, we asked our members of faculty which books they’ve read recently, and what they’d recommend for students – or anyone – looking for something to read for pleasure this summer. Suggestions range from classics to science fiction to oral histories, with something for everyone to enjoy.

“Harper’s magisterial account of the underground anti-colonial movements that criss crossed Asia in the opening decades of the twentieth century is the most detailed of its kind to date and pulls on the career of one of the country’s leading experts on Southeast Asian studies.

The book tells a globally connected story of the struggles against empire that united freedom fighters, anarchists, scholars, and activists from Nguyen Ai Quoc (later known as Ho Chi Minh), to the Indonesian independence leader Tan Malaka, to the Bengali revolutionary M. N. Roy, and many more in between. Often reading more like a fast-paced spy thriller, the book lays out in intimate detail the dangerous world of anti-colonial subterfuge and its world-changing ambitions. It will change the way you think about early twentieth century international history.”

The Photographer at Sixteen, by George Szirtes (2020)
Recommended by Dr Peter Wilson

“I would recommend George Szirtes, The Photographer at Sixteen, a beautifully written examination of memory, identity, loss, and questions unasked. It centres on a north London childhood and the Hungarian revolution of 1956, weaving together the personal and the political in a most remarkable way. It was BBC Radio 4’s Book of the Week a few months ago, and I have listened to its episodes on BBC Sounds twice. I will be reading the book a second time over summer. Among other things, all students (and staff) should aspire to write like Szirtes. Absolute antidote to the literary horrors of some journals.”

The Buried: Life Death and Revolution in Egypt, by Peter Hessler (2019)
Recommended by Dr Federica Bicchi

“This book describes the Arab Spring and its aftermath through the stories of people living in Egypt. International politics comes across the apparently mundane topics, from archaeology (driven by foreigners) to Chinese immigration, LGBT+, and more. As travel is currently so restricted, this book opened a window on life in Egypt for me!”

“I would say that everyone should read Orwell’s Nineteen Eighty-Four if they have not actually read it already. It’s my favourite novel, and it only becomes more important (and challenging). If you have read Nineteen Eighty-Four, then you can carry on with Orwell’s other books Down and Out in Paris and London and/or The Road to Wigan Pier. His Politics and the English Language is also not to be missed.”

Available from Pages of Hackney (£7.99) or free as a public domain ebook via Faded Page

“Steven Pinker, the author of this book, is a psychologist rather than an IR scholar, but his arguments on the long-term decline of violence have attracted much attention and controversy across many disciplines, including IR.

In this book, Pinker still discusses the themes of violence and peace that were more extensively covered in his previous book The Better Angels of Our Nature, but broadens the focus to include the evolution of health, wealth, inequality, democracy, the environment and other controversial themes.”

Science fiction books, and one book on Indigenous acts of resistance
Recommended by Dr Katharine Millar

“I would recommend the following Science Fiction and Science Fantasy books:

The Fifth Season, by NK Jemisin, the first book in The Broken Earth Trilogy. The Fifth Season is one of the best descriptions of decolonial politics and praxis I’ve ever read.

A Memory Called Empire by Arkady Martin, the first book in the Teixcalaan Duology. On the complex cultural politics of language, culture, and the metropole under empire (also, a political thriller!)

Ministry for the Future by Kim Stanley Robinson.
A practical utopia for how we might (if we’re lucky) survive climate change. Content note: the first few scenes of the book describe mass death and loss in India.

I would also recommend As We Have Always Done by Leanne Betasamosake Simpson: a book focused on Indigenous acts of resistance across North America.

This summer I’m going to try to catch up on these oral histories and blogs (free to access): 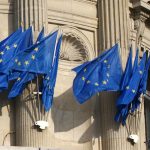 As I principally work on the international relations of the European Union, I’m also going to make sure I’ve kept up to date with the publications of two think tanks in Europe, both of which are run by former PhD students in the IR Department:

All prices correct at the time of writing.

Foundation and History of the International Relations Department