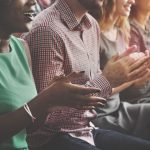 The International Relations Department is very pleased to announce the MSc dissertation prizewinners for the 2019/20 session (see below for summaries of each dissertation): 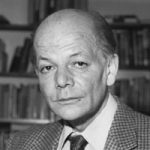 This was awarded to Lukas Fiala for the dissertation entitled
“Imagining the China Dream: An Analysis of Visual Representations of Military Intervention in Chinese Popular Culture”. 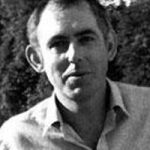 This was awarded to Jan-Ole Adolphsen for the dissertation entitled
“Planetary Intervention. A New Materialist Theory of Geoengineering”. 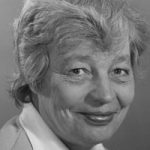 This was awarded jointly to

Joseph Leavenworth-Bakali for the dissertation entitled
“The Political Economy of Index Investment: A Case Study of Equity Index Providers’ Country Classifications for Frontier and Emerging Markets”

and to Peter Abbosh for the dissertation entitled
“Time for success? Investigating the Impact of Time Pressure on Preferential Trade Agreements”. 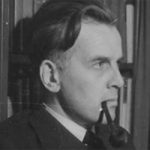 This was awarded to Christopher Deacon for the dissertation entitled
“Unending Past: Memory, Identity and the 2019-20 Japan-South Korea Trade Dispute”. 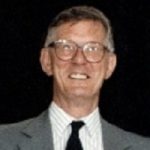 This was awarded to Harry Trotter for the highest mark in the IR410 International Politics core course.

See below for summaries of the above dissertations:

Imagining the China Dream: An Analysis of Visual Representations of Military Intervention in Chinese Popular Culture

China’s rise to great power status is not only a material, but also a cultural process. Based on this assumption, the dissertation explores China’s grand strategy under Xi Jinping by drawing in particular on the commercially successful films Wolf Warrior 2 (2017) and Operation Red Sea (2018). Inspired by the People’s Liberation Army’s overseas operations, the films speak to a controversial area of Chinese foreign and security policy: the growing need to protect Chinese citizens and entities abroad in the face of China’s long-held opposition to overseas military presence, and the principle of non-interference in other countries’ internal affairs; an enduring element of Beijing’s foreign policy rhetoric. Importantly, the dissertation not only decodes the stories that the films communicate by reflecting on how they shape popular opinion in favour of Xi Jinping’s ambitions to restore China’s great power status, but also shows how the films themselves have affected Chinese foreign policy and perceptions thereof.

My dissertation theorises and historicises geoengineering. Three arguments build its core: (i) Geoengineering, read through a new materialist lens, can be conceptualised as a manifestation of what I term planetary intervention; (ii) this concept emphasises how martial modes of intervention – from weather control via nuclear testing to environmental warfare – constituted planetary awareness in the early Cold War; and (iii), these martial predispositions live on in planetary assemblages, calling the emancipatory potential of recent debates on ‘planet-politics’ into question.

Narrowly, geoengineering describes an ever-more prominent range of techniques that aim to purposefully intervene into the earth system to reduce its temperature. Ideas revolve around reflecting sunlight, e.g. by whitening clouds, spraying aerosols into the stratosphere, or constructing giant mirrors in space. Beyond the (heated) policy debates, the very idea and possibility of geoengineering invokes fundamental questions about human subjectivity and planetary life. As an intervention, geoengineering is no mere technical exercise, but always social engineering. Yet IR, despite critiques of the international’s state centrism over the last decades, has had disappointingly little to say.

Two recent but peripheral trends, both connected to the wider Anthropocene debate, offer potential analytical remedy for the discipline. One is the new materialist turn. It hopes to challenge the overt emphasis on linguistic construction and overcome the sociocentrism that downgrades nonhuman beings and things to mere conductors of human intentionality. Second is the debate on ‘planet-politics’. It positions the planet against both the international and global as the appropriate disciplinary scale, emphasising the interactions of several complex systems from which the planet emerges. While I do not reject the concept outright, I caution that a new materialist analysis – here through DeLanda’s assemblage theory – does not reveal a ‘planetary real’ with clear normative instructinos but instead a cautionary tale of martial environmentalism.

Indeed, geoengineering’s precedents go back to the end of the Second World War and the US military’s mobilisation of the earth sciences, cybernetics and nuclear weapons research. It is in this milieu that weather control and climate engineering were envisioned through early computer modelling. Environmentally indiscriminate nuclear testing plus proto computers not only allowed the conception of global atmospheric flows and the first climate models, but also cemented ‘man’ as an agent powerful enough to intervene in systems of planetary scale. Together with the epistemological position of control that became embedded in satellites, martial research enabled the first policy report on greenhouse-induced warming to an US president in 1965. Here, the possibility of global warming – as ‘inadvertent climate modification’ – follows after geoengineering, or ‘advertent climate modification’.

The US failure in Vietnam, where climate warfare was practised on a large scale, ended the predominance of martial environmentalism. Yet new materialism’s sensibility to the resistance of objects to obey changing linguistic approbations demonstrates the limits of mainstream environmentalism. As I demonstrate through the world modelling trend and the debate´s on nuclear winter in the late Cold War, the planetary assemblage of laboratories, weather stations, epistemic communities, satellites, and computer simulations remained indebted, in various degrees, to its martial origin. After 1990, supposedly ‘greened’ military laboratories continued research, helping geoengineering to become prominent yet again from the mid-2010s.

I conclude that IR must face the martial origins of our planetary awareness and the predispositions towards human intervention it entails. Saying the ‘real’ of the planet provides clear political guidance for the Anthropocene is the kind of illusive exercise in discursive agency which new materialism tries to move beyond. With a look towards critical war studies, I argue that there is no easy way out of this precarious ethical situation. But enabling the discipline to properly understand the formation of the planetary is a first step towards more effective contestation and appropriation.

The Political Economy of Index Investment: A Case Study of Equity Index Providers’ Country Classifications for Frontier and Emerging Markets

Time for success? Investigating the Impact of Time Pressure on Preferential Trade Agreements

Time is a crucial factor in everything that we do. The pressure that derives from its perceived absence can have significant effects on the choices that we make and the way in which we act. Yet, while the impact of time pressure on international peace negotiations has been systematically researched, no such study has been conducted on preferential trade agreement (PTA) negotiations. This is surprising, particularly given PTAs have received considerable attention in the IPE literature, due to their proliferation, trade effects among members, and impetus towards multilateralism.

This dissertation draws on the related topics of diplomacy, psychology, and peace studies to develop competing hypotheses regarding the impact of time pressure on PTA negotiations. The first hypothesis: that time pressure spurs deadlocked processes and provides the necessary pragmatism to reach successful negotiated outcomes. The second hypothesis: that time pressure negatively impacts decision-making and reduces the likelihood of successful negotiated outcomes, particularly when there are high levels of complexity.

The dissertation proceeds in five sections. Section one outlines the concepts of time pressure and explains the PTA case selection. US negotiations have been chosen because a unique piece of legislation, named the fast-track authority, has been utilised as an appropriate indicator for time pressure. Section two provides an overview of the relevant IPE literature and the debates on time pressure. Section three proposes the analytical framework and methodology to implement the analysis. Section four examines the impact of time pressure on the negotiated outcomes of 22 PTAs using fuzzy-set qualitative comparative analysis (fsQCA) software. Section five considers the potential limitations of this research, then discusses the main findings and their implications.

The findings contribute new important empirical evidence to understanding negotiation outcomes of PTAs. The evidence from the selected cases suggest that the absence of time pressure augments the probability of successful negotiation outcomes. This supports the second hypothesis that emerges from experimental psychology and negotiation literature. As such, this dissertation should encourage scholars in IPE literature to devote more energy to researching comparatively the contextual factors that influence negotiations, with the ultimate aim of providing a more accurate and nuanced understanding of what determines likelihood of success. While trade practitioners would perhaps gain from carefully considering the adverse effects of time pressure presented in this research.

Unending Past: Memory, Identity and the 2019-20 Japan-South Korea Trade Dispute

The so-called ‘history problem’ in Japan-South Korea relations commonly refers to a set of inter-related disputes regarding Japan’s wartime and colonial conduct during the first half of the twentieth century, including, but not limited to: the ‘comfort women’ issue; the forced labourer issue; Yasukuni Shrine (especially visits there by Japanese politicians); the territorial dispute regarding Dokdo/Takeshima; and history textbooks discussing many of these issues. Discord and vitriol in relation to this history is a constant fixture in the difficult contemporary relationship between South Korea and Japan.

In this regard, scholars of International Relations (IR) have long considered Japan-South Korea relations as something of a puzzle. Much of the existing IR literature on this relationship either takes a rationalist approach that struggles to explain the consistent acrimony associated with the ‘history problem’ or takes a conventional constructivist approach that treats these negative sentiments as essentialised elements of (South) Korean and Japanese culture/identity which cause certain foreign policy decisions.

Using the recent Japan-South Korea trade dispute as a case study, this dissertation instead draws on poststructuralist approaches to IR and discourse analytical methods to examine how the ‘history problem’ is produced and reproduced. This approach both rejects the assumptions of the rationalist approach to the relationship and seeks to avoid the essentialism of the conventional constructivist approach, seeking to understand the processes by which the ‘history problem’ is (continually) socially constructed, rather than reifying its constituent elements.

Through my analysis of the trade dispute, I document the discursive (re)production of dominant (South) Korean and Japanese identities which are constituted by juxtaposing attitudes to colonial and wartime history. In the South Korean case, these dominant discourses seek to remember this past and represent Japan as an unrepentant colonial aggressor; while in the Japanese case, they seek to forget this past and represent (South) Korea(ns) as emotional and irrational for dwelling on it. While such discursive foreign policy practices act to (re)produce dominant Japanese and (South) Korean identities, these constructions of identity also define the bounds of which foreign policy practices vis-à-vis the other state are understood as permissible, legitimate or imaginable. Thus, through a mutually constitutive relationship between identity and foreign policy, these dominant (South) Korean and Japanese identities depend upon continued conflict regarding the relevant history to sustain their own coherence and dominance. Such processes are by no means unique to the trade dispute, however; the trade dispute is merely an example of the much broader practices of the ‘history problem’, which is continually (re)produced through these processes.